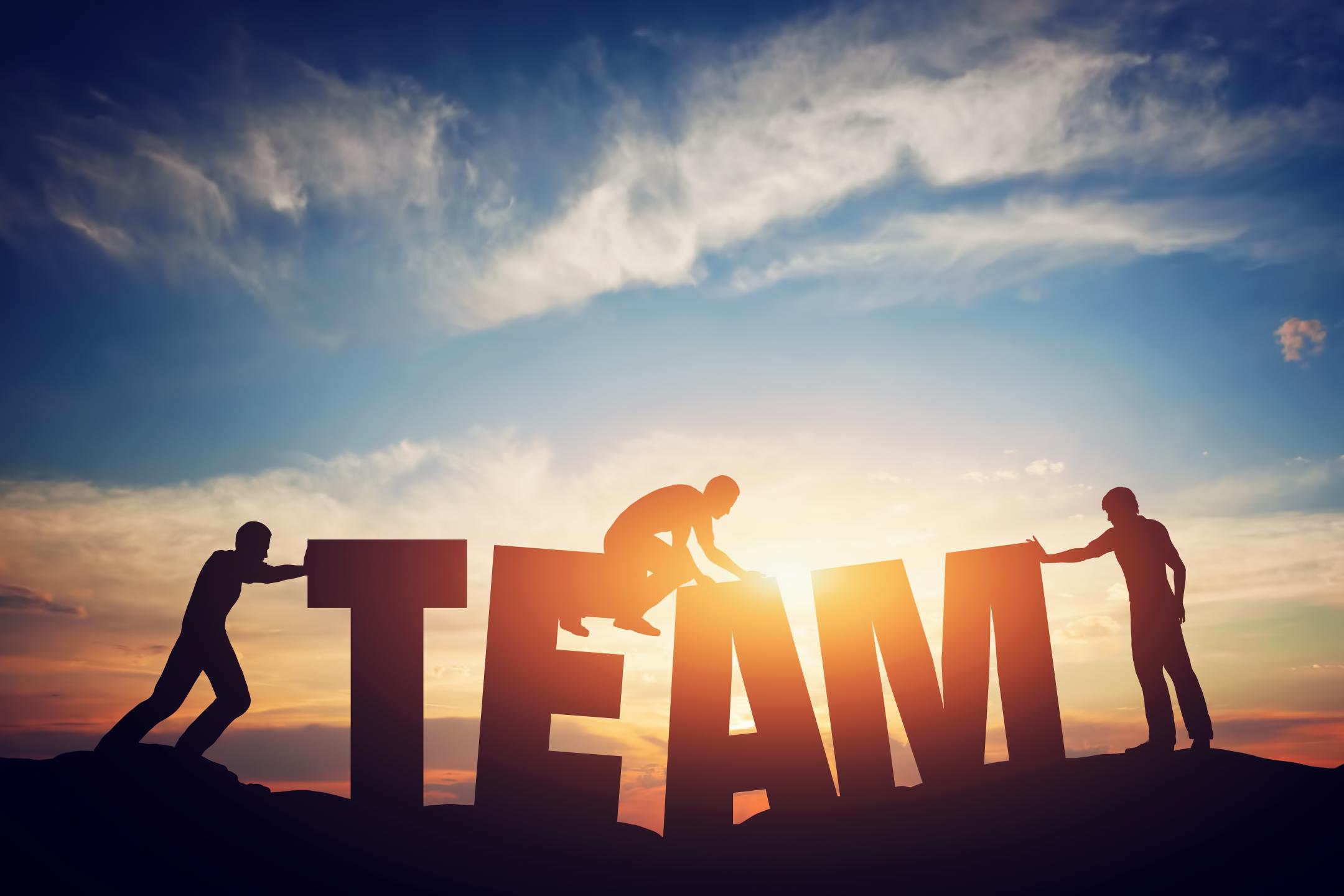 What year and month did you join the office?

I’ve been practicing dentistry since 2009. Studied at Marquette University School of Dentistry.

What is your super power?

What do you love about Relaxation Dentistry?

It's all about treating our patients and our team like FAMILY. This creates the BEST for them in every way.

I'm pretty much allergic to being inside doing nothing.

Pets, so many pets, though I do love them all. Have a look at my wife’s profile, Jessie Brown.

My favorite hobby is snowboard-invent-rockclimb-basketball-surf-kayak-downhillmountainbike-flyfish-wakeboard-snowmobile-build-wakesurf-iceclimb-football-skate-tennis-swim-racquetball-boat-exercise-camp-golf-motorcycle-baseball-dive-raft-learn…ing. There's not enough room here to list my second favorite hobby! 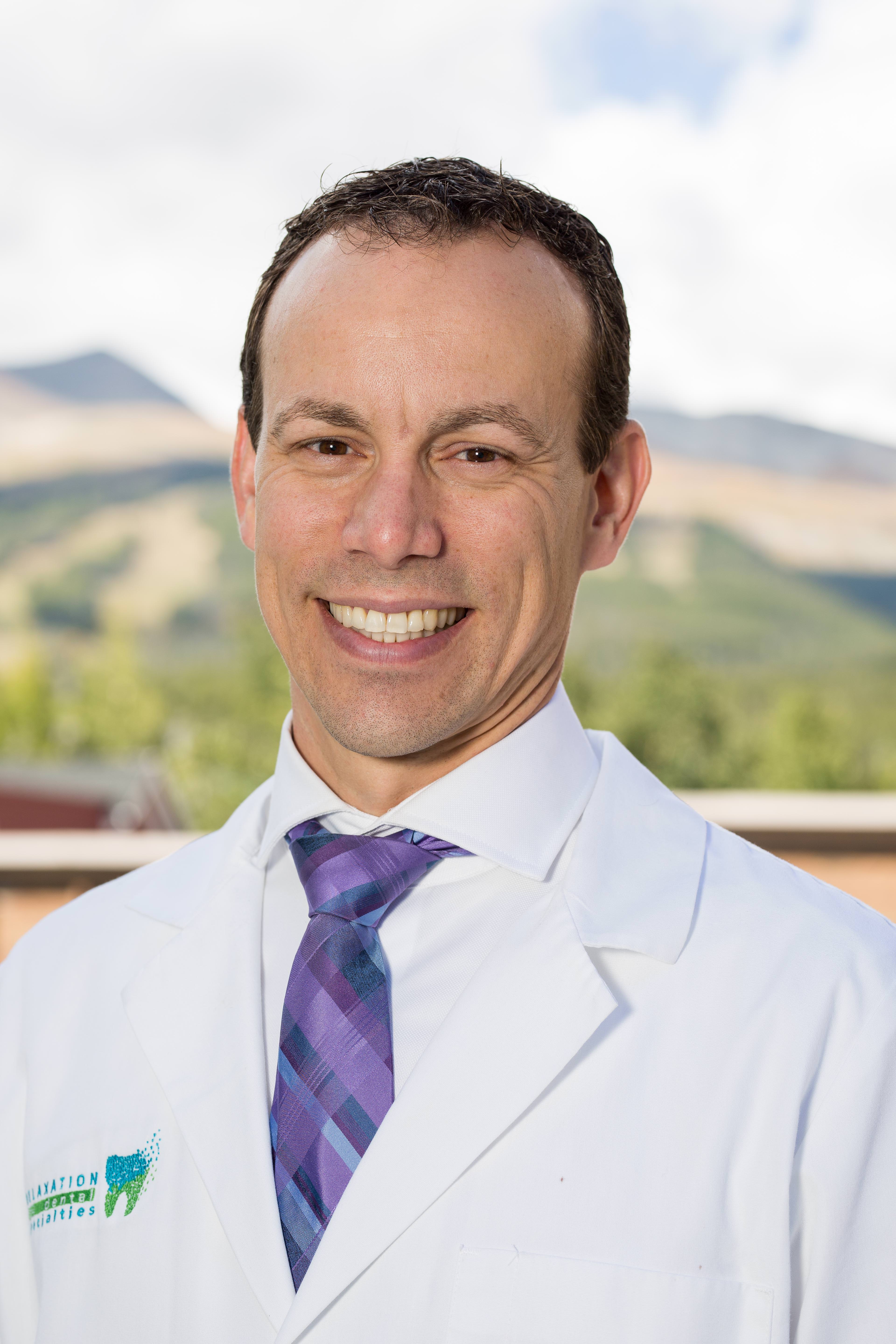 Get to know Dr. Brown 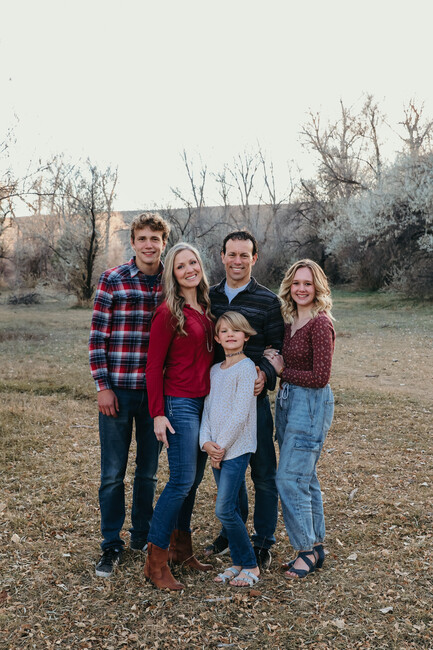 Dr. Brown was one of 6 brothers and sisters, and was raised in Wasilla, AK until he was 14 years old. He obtained his GED early so that he could work as a contractor in Japan also working in California and

Dr. Brown was one of 6 brothers and sisters, and was raised in Wasilla, AK until he was 14 years old. He obtained his GED early so that he could work as a contractor in Japan also working in California and Texas. He even began a competitive snowboarding sponsorship, but cut it short to serve a Christian mission in England.

Dr. Brown finished his undergraduate schooling at University of Oregon, in Lundquist College of Business Honors Program. After working in business management only a short while, he realized he had not arrived where he wanted to be. After much research, he and his wife realized that a career in Dentistry would fully utilize his various talents and his desire to make a difference. His family gave up a lot to support him through going back to school, but after just the first week, they knew it was worth it. He was almost shaking with excitement when he got home each day.

It was the beginning of a passion. Six years after quitting his stable business job to go back to school, his family celebrated with him as he graduated from Marquette University School of Dentistry in Milwaukee, WI. Since then, he has jumped into dentistry, taking countless hours of continuing education in order to fulfill his career aspirations. He has expertly provided all aspects of dentistry to his patients while helping them, through various techniques such as Conscious Sedation, to achieve optimum dental health with minimum discomfort.

Dr. Brown truly enjoys getting to know others and their cultures/beliefs. In his free time, he loves working with his hands, creating/inventing/building things and volunteering for his church and scouting. He likes snowboarding, rock climbing, wake boarding, and almost any outdoor activity or sport. Above all else, he absolutely loves spending time and doing all of the above activities with his wife and kiddos.

As excited as he and his family were to support him in his career dreams, they all felt as though a part of them was being left behind when they left the mountains. It’s been a long winding road, and they couldn’t be happier that it has ended here in the beautiful mountains of Colorado.

Dr. Brown is grateful to be an integral part of this community and, in fact, Dr. Brown has rapidly become Summit's Top Dentist for many of the more advanced dental procedures. He especially looks forward to earning your trust and friendship, helping you to achieve a smile as epic as the area we live in. 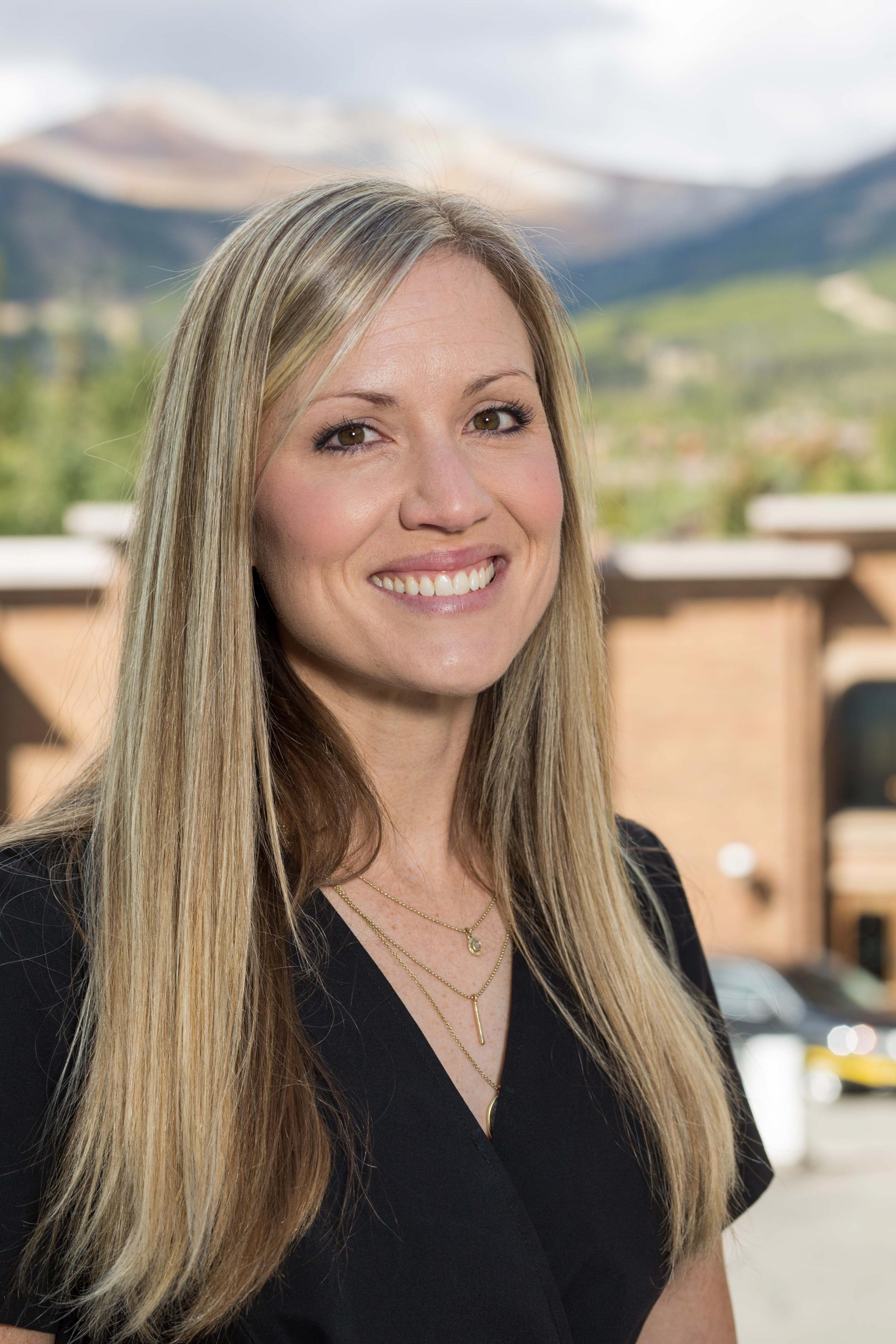 I GROW things! Businesses, Teams, People, Gardens, Animals, Children…. I can also wiggle my nose and ears like a rabbit…just sayin’

I love creating, developing, and working with the most amazing team and the most stellar people I know. I love changing lives-- The lives of our team members by creating growth and development opportunities they wouldn’t normally have access to. Changing lives of our patients by creating access to a level of compassionate, quality, care that is above and beyond anything they can get anywhere else, much less in a small town, as well as creating a safe environment where they can feel 100% trust and 0% fear. And I love making a difference, helping people at all turns. Making things/communities/people better than when we found them. We’re making a difference individually and communally and that feels good to be a part of something so good. This all might all sound a little
canned, but it’s 100% true!!! It’s exhilarating. I also love working with the best kind of people. Everyone here is hired for compassion, drive, intelligence & kindness first, and experience second. That makes for a very fun group of people to work with!!!

EV.ER.Y.THING! Snowboarding (was a pro-instructor for 15 years), Trail Running year-round (I would call it more of a trail-jog or speed walk if I'm honest! But Trail running sounds way more hardcore ;-), backcountry snowmobiling, RZRing, river SUPing & rafting, hiking, camping, wakeboarding/surfing, rock climbing, Ice climbing, snorkeling & scuba and on and on and on!

Chickens, cats, a parrot, and a bunch of piglets...all named after foods. Some of the names are BBQ, Nugget, Raisen, Carmel, Twinkie, Bean, Sausage, Baconater, Fritter etc etc! 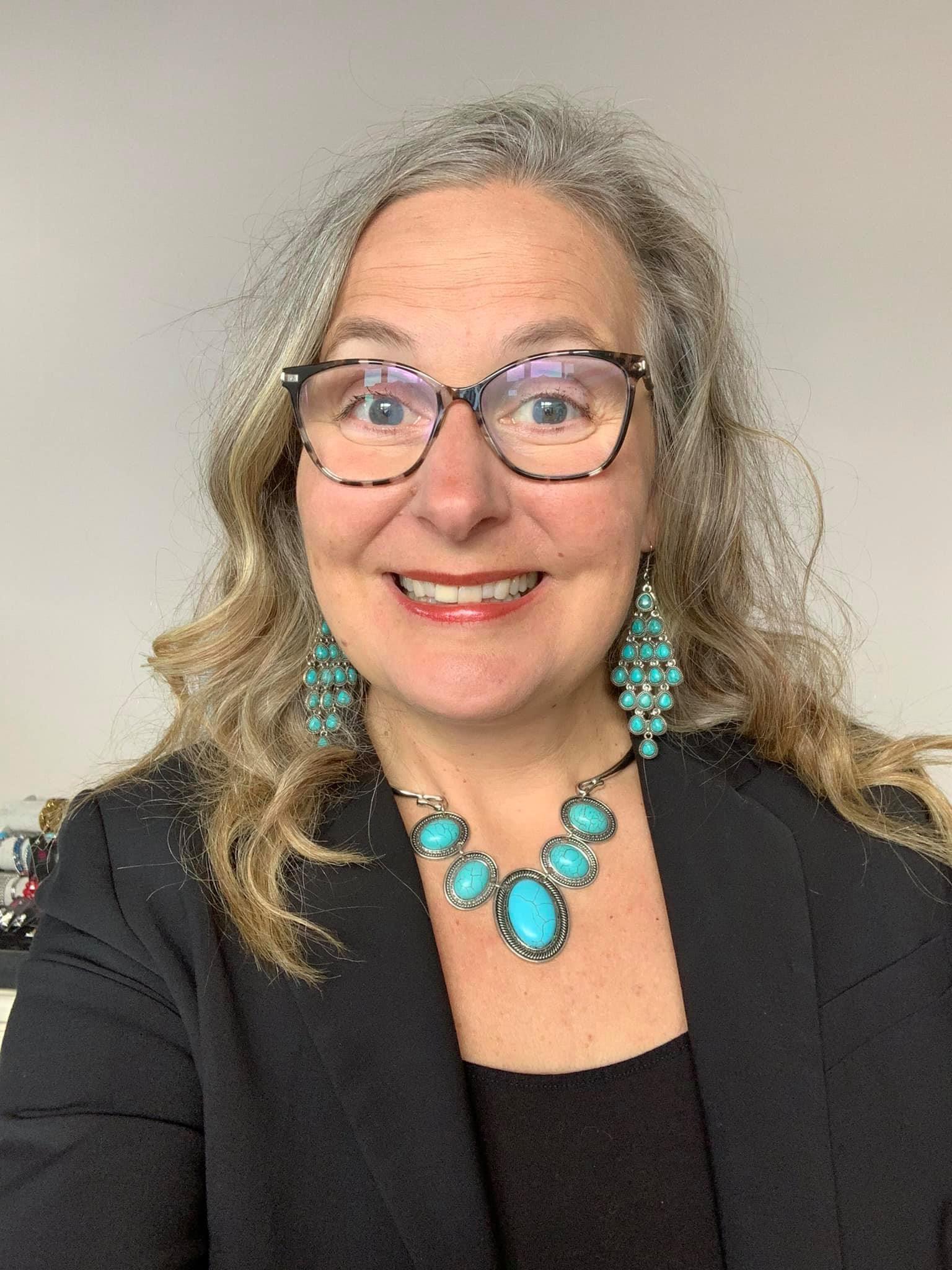 I can see the sign on your chest that says, “Make me feel important”. I know NO stranger.

In life, I love making people feel happy and calm! I love that I get to apply this action to every person that walks in our doors! As your patient concierge, I strive to serve our patients and create a WOW experience every time! I do everything to support our patients that may have anxiety by providing weighted blankets, essential oils, noise cancelling headphones and much more. I feel "at home" every day I work here. We are one big happy family, and I treat everyone of our patients the same.

Walking my dog, Willie! I love to “Jeep” and hike. I also really enjoy self-improvement podcasts, meditation and reading. I have an online jewelry company, Julie Nicole Jewelry, everything I sell is $5 and I do weekly Facebook LIVE jewelry shows, I really enjoy it. I also love thrifting!! 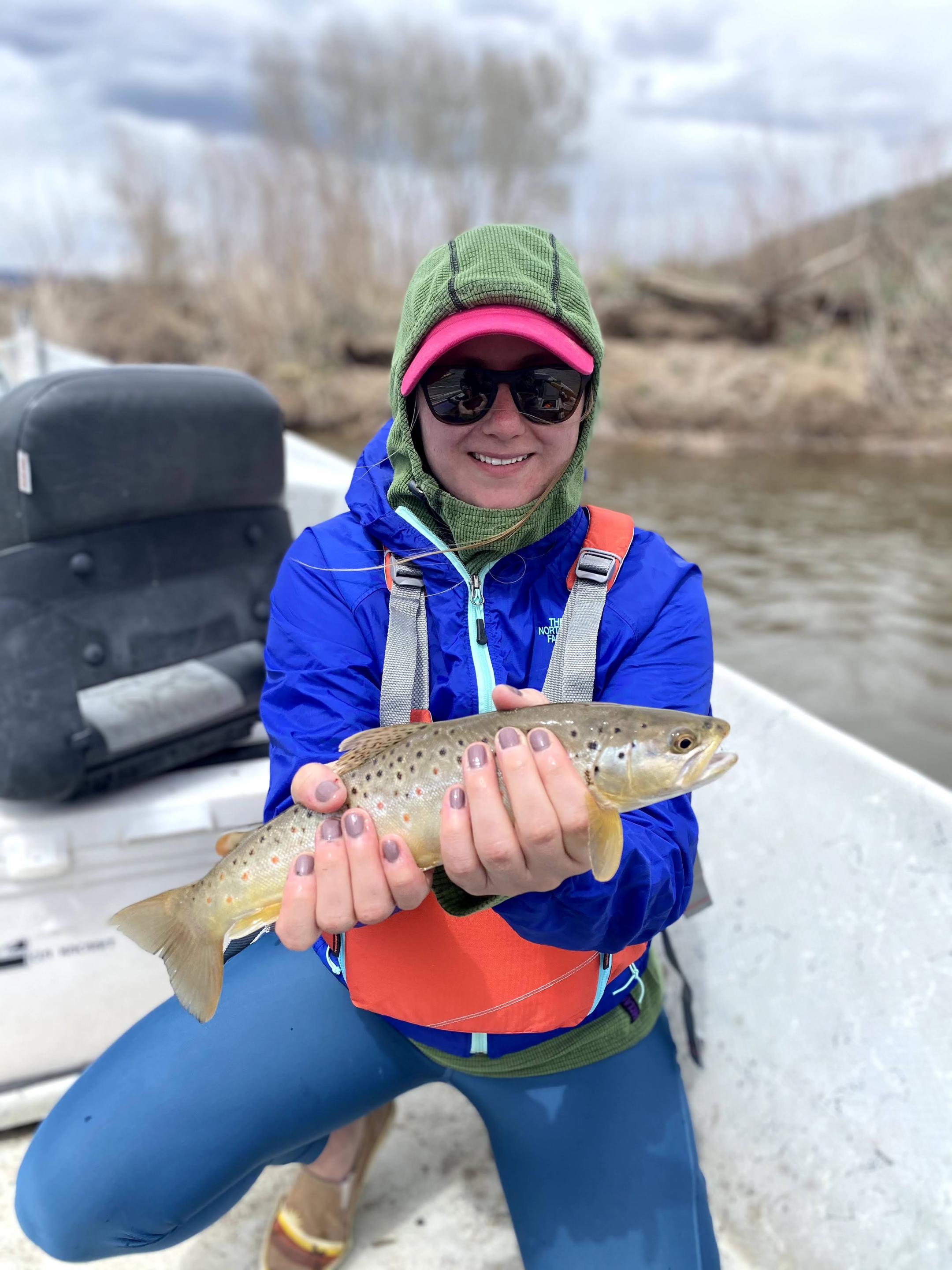 I have a keen ability to calm and always calm others.

We have the most amazing patients, practice, and team. We train weekly and are always on top of our game.