The Truth About Lasers And Dentistry 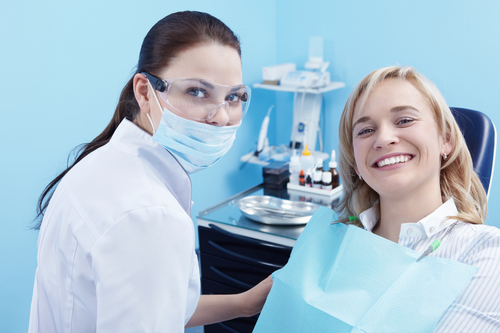 No injection, no drill, and no fear when going to the dentist sound a bit too good to be true? When it comes to lasers and dental procedures, not necessarily! Approved by the FDA lasers have been successfully used dental procedures since 1994.

Focused Light Instead of the Drill

During the last two decades of use, lasers are taking their rightful place into procedures that were previously usually reserved for drills and other dental tools. Today, dentists use lasers to treat tooth decay by removing the decay within a tooth and preparing the surrounding tooth tissue for the filling. Lasers are also used to quickly harden fillings making the recovery time much faster and more pleasant.

Gum disease can also be treated with a laser as it is used to reshape gums and eliminate bacteria during root canal procedures. Another application of lasers is in biopsy or lesion removal. Lasers are used to remove a small piece of tissue which is then sent to be examined for cancer, as well as to remove lesions in the mouth and in some cases relieve the pain of canker sores. Finally, dentists are using lasers in teeth whitening to speed up in-office teeth whitening procedures.

Talk to Your Dentist

There are many advantages in deciding to use a laser procedure in dentistry, including less pain, usually no anesthetic, reduced bleeding, and in general less anxiety. However, there are also issues such as higher cost, no possibility to be used on teeth with pre-existing fillings, and limitations on the type of dental procedures it can be used for. Your dentist can advise you on all the options that need to be considered before making a final decision.