History Of Fluoride - The Original Discovery 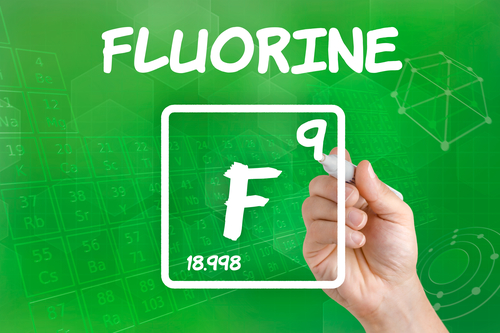 One of the most important advances in public health in the last century originated by a young aspiring dentist noticing a pattern of brown stains on locals teeth in 1901.

The first thing Dr. Frederick McKay noticed, when he moved to Colorado Springs in 1901 to open his dental practice, was the huge number of natives with clearly visible brown stains marring their teeth. Some of the stains were so prominent that their color resembled that of chocolate. While trying to find an explanation for this phenomenon in the dental literature of the day, Dr. McKay kept coming up empty. Not letting this discourage him, he took up the mantle himself and started researching the problem.

His initial investigation into the issue was fruitless due to the resounding lack of interest by most of his fellow dentists in the area. However, he did not allow that to deter him in his attempts, and he finally managed to interest other local practitioners in the disorder by then known as the Colorado Brown Stain. Dr. McKay found his first big break when Dr. Vardiman Black, one of the most renowned dental researchers and a man extremely skeptical of the existence of this phenomenon. His opinion changed when he finally saw it for himself, while attending the 1909 seminar where Dr. McKay was formally presenting his findings.

From that point on, Drs. McKay and Black pooled their research and started to discover other areas in the country where same disorder occurred. Dr. Black investigated the manifestations he named mottled enamel until his death in 1915. In those six years he and his research partner made two very important discoveries. The first was that fluorosis showed up in children's teeth as a result of developmental imperfections, and the second turned out to be the more important find, that teeth afflicted by fluorosis were shockingly and curiously resistant to decay.

Dr. Black was the first to suggest, if very cautiously, the possibility of an ingredient that could be found in the water supply being responsible for this teeth mottling. While he was not alive for the resolution of the mystery, Black's observations were the key in determining that cause of the mottled enamel and from that, the effect that fluoride would have on modern dental medicine.