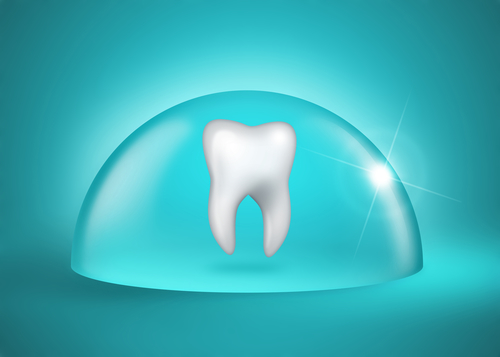 It took nearly six decades to get from the first research into mottled enamel to making a definitive connection between fluoride and cavity protection. To this day, it still proves to be one of the most important discoveries ever made in preventative dental health care.

The Legacy of Fluoride Discovery

Over half a century after the Grand Rapids fluoridation study was concluded and published, fluoride continues to be the strongest weapon science has in its fight against cavities. Today it is known that fluoride helps prevent tooth decay by increasing the resistance of the teeth to acid attacks made by plaque bacteria and sugars remaining in the mouth. That knowledge helps make preventative dental care the primary line of defense for a lot of people.

The process of water fluoridation has grown from one test city into almost a necessity which benefits hundreds of millions of Americans. Tens of millions of schoolchildren also participate in fluoride mouth rinse programs organized by their schools.

The majority of dental care products these days contain fluoride as its active ingredient. Rarely will you be able to find toothpaste without it, and there are specific products such as mouth rinses, fluoride varnishes, fluoride gels, and fluoride supplements that are specifically made to increase the daily usage of fluoride.

It is obvious that the pioneering work done by Doctors Frederick McKay, Greene Vardiman Black, H. V. Churchill, and H.T. Dean, among many others, have contributed to this discovery and helped dentistry tremendously, transforming it from reparative into a primarily preventive profession.

The drive that pushed these men on when faced with overwhelming adversity led to one of the greatest preventive health discoveries, making it no wonder that Centre for Disease Control described water fluoridation as one of the ten most important advances in public health in the last century.