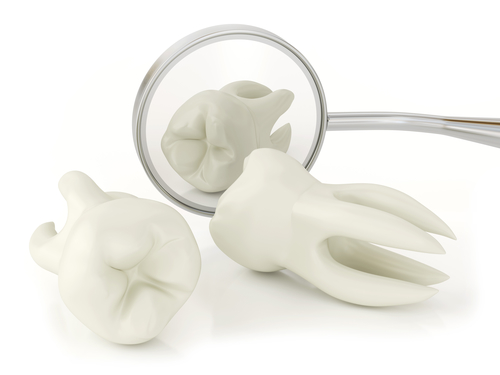 At the end of 1930s the world finally had proof that mottled enamel was caused by water-borne fluoride, and that a level of 1 part per million or lower would not cause the disorder. However, many questions still remained.

Finding what were considered safe levels of fluoride in water pushed Dr. H.T. Dean's research on the issue in a new direction. All the research he had used to make his discoveries, particularly the work done by Dr. Frederick McKay and Dr. Green Vardiman Black, showed that teeth which were affected by mottled enamel displayed remarkable resistance to decay.

This pointed Dr. Dean in the direction of considering whether adding safe levels of fluoride to drinking water could help reduce tooth decay. The testing of this hypothesis was made possible in 1944, after the City Commission of Michigan's Grand Rapids decided to add fluoride to their public water supply starting the following year.

The decision was made by a vote from Michigan's Department of Health and other public health related organizations after lengthy consultations with researches from the Public Health Service. This made Grand Rapids the first city worldwide to fluoridate its drinking water.

At first, the study on the effects of adding fluoride to the drinking water in the Grand Rapids was sponsored by the U.S. Surgeon General, but was later on taken over by the National Institute of Dental Research (today the National Institute of Dental and Craniofacial Research) shortly after it was established by President Harry S. Truman in 1948.

The project lasted for 15 years, and it observed rates of tooth decay among nearly 30,000 schoolchildren from Grand Rapid. It took only 11 years for Dr. Dean, who was at the time the director of the newly founded institute, to announce the remarkable findings.

The results showed that in children who were born after fluoride was added to drinking water the cavity rate dropped by an astonishing 60 percent. This was the finding that turned into an enormous scientific discovery which revolutionized dental care, switching the process of fight against cavities from remedial to preventive for many people.